The prospect of an accolade from the Drum has the UK’s top design, advertising and PR agencies jumping through hoops to enter. Nuaire's witty 'DAVE' campaign has been shortlisted for two awards: B2B Campaign of the Year, and Best Product Launch Strategy of the Year. And with high-profile brands such as Argos, Dulux and Levi’s in the running for Best Product Launch Strategy, Nuaire and its design agency Lesniak Swann are in worthy company.

In February 2015, Nuaire prepared to unveil its new ErP-ready single fan range but needed a way to stand out from similar products. Like many of the best ideas, the ‘DAVE’ concept was born from banter between a group of Nuaire’s commercial sales reps. They joked, “Why not call it ‘DAVE’?” inventing witty human characteristics to bring the metal fan to life.

From casual banter to more serious discussions around the marketing meeting table, the concept for a cheeky, humorous campaign was fleshed-out. Nuaire’s forward-thinking design agency, Lesniak Swann developed the ideas into a long marketing campaign that originally pitched DAVE as a mysterious man in jail, waiting to be released. Then ‘DAVE’ had his release date and was linked to Nuaire. Customers started asking “Who is DAVE?” with rumours of a new sales director. Eventually all became clear when ‘DAVE the fan’ was introduced at venues across the UK.”

Mr Mudie explained: “We purposely de-branded our adverts and promo in the beginning to create an air of mystery about ‘DAVE’; a single man who is quiet, slim, good in the kitchen and easy to mount. We used clever print campaigns in leading titles like CIBSE Journal and even a full press take-over in H&V News to get the industry talking. In fairly conservative sector, the mysterious branding and cheeky messaging created a real buzz.”

The ‘DAVE’ campaign is a step away from traditional HVAC marketing and its impact hasn’t gone unnoticed. In December, ‘DAVE’ won a prestigious B2B Marketing Awards for Best Product Launch Campaign. “Being nominated for not one but two top accolades in the Drum Marketing Awards is a further reward for a little out-of-the-metal-box thinking,” Mr Mudie furthered.

The winner of the Best Product Launch Campaign and B2B Campaign of the Year will be revealed at the Drum Marketing Awards ceremony in London, on 3 May 2016.

Nuaire Marketing Director, Andy Mudie said: “As manufacturers of fans, no matter how innovative our fans may be, creating a marketing campaign that really gets noticed isn’t easy, especially in the B2B arena. The ‘DAVE’ campaign has taken the HVAC industry by storm because it’s clever, it’s witty and it’s a complete step away from anything we’ve seen in the trade press.” 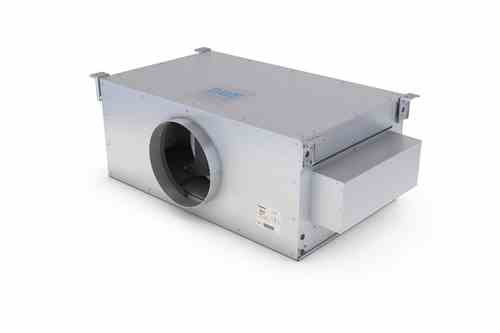 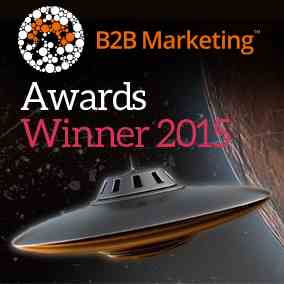 Details
1/ 1
News Article Enquiry
If you would like to know more about this news article, contact the team today.
Read More