Air Pollution, What Do You Really Know

You may have noticed how regularly Air Pollution is making headline news lately. It’s a growing concern, not only as we walk the streets and go about our day-to-day lives, but also in our homes as the increasing damage to our health is highlighted.

Claiming 40,000 deaths each year and creating long-term health problems for hundreds of thousands of people, air pollution is a topic that’s hard to avoid.
Just five days into 2017, the annual air pollution limits in London were breached, so what about the other 360 days to come?
Air pollution is made up of harmful substances and gases which are released into the atmosphere. 2 main pollutants are Nitrogen Oxide (NOX) and Particular Matter (PM2.5 & PM10). But what are these and how do they get into our air?

NOX are a group of gases formed when fossil fuels are burned and during the combustion process. Diesel engines are the biggest culprit on the roads, but NOX is also produced by gas boilers and cooking with gas at home.
Particulate Matter are dust particles which are rated based on their size in diameter. They can be disturbed by vehicles on the road and produced as a result of wood burning. Both sizes, PM2.5 and PM10, are small enough to be inhaled into our lungs causing major health problems.
Exposure to NOX and PM2.5 can, over time, cause damage to your body through lung and heart disease, stroke, cancer and even dementia. Because they’re generated by everyday activities like driving, and by cooking and heating at home, it’s difficult to escape them.
A common misconception is that our indoor air is clean and healthy. Many don’t realise that when stepping through the front door at night the ill-effects of air pollution don’t go away. Air pollution can build up inside the home as a result of opening and closing doors and windows, allowing ‘fresh air’ into the home; and by cooking, cleaning, heating and using a wood-burning stove on those cold winter nights. All of these activities pollute our homes.
So, how do you protect yourself from air pollution and the damaging effects it can have?
Unfortunately this can be difficult. Outside, it’s hard to avoid the car fumes as we travel around cities and towns. Although this can be minimised by pledging to drive less, walking more or using public transport.

Took place 2 weeks ago. At Nuaire we made pledges to make our journeys to work ‘greener’. Staff walked, ran, rode bikes, took public transport and car shared to make their way into work. Small changes by individuals can make a big difference, especially when all we’re in support.

Within the home, opening windows when cooking and cleaning can aid the removal of burning gases, as well as turning on the central heating only when necessary. However opening windows can bring in air pollution from traffic fumes outside the home. Nuaire has invented the first carbon filter ventilation system suitable for existing homes. Removing up to 99.5% of NOx gases and 75% of PM2.5, this unit helps to create a healthy living environment. Combining our PIV technology with carbon filtration to prevent air pollutants from entering the home, Nuaire’s Noxmaster can reduce exposure to harmful gases, helping to save and improve the quality of lives. 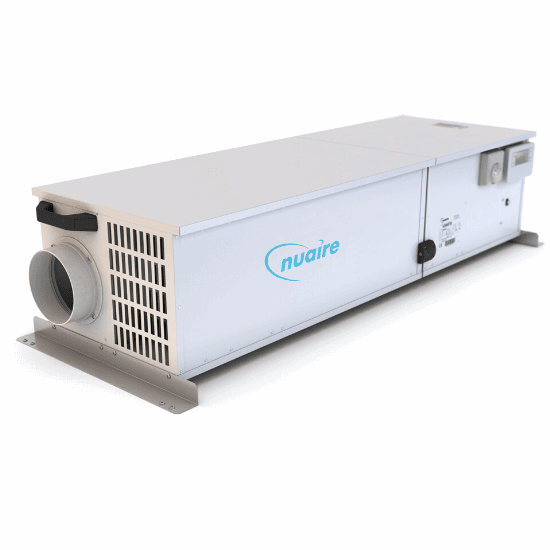 Every step taken to combat against air pollution and its effects on the human body can bring positive effects for your health and that of others. On a daily basis we consider the food we eat and strive to put healthy nutrients into our bodies. Exercise is equally important as it helps us to remain healthy and active and is said to be part of a healthy balanced lifestyle. But what about the air we breathe? This is just as significant due to the effects it can have on our health.
The effects of air pollution are cumulative. By making small changes to reduce our exposure to pollutants, both in the home and outside, will lead to us living longer, healthier lives.
Products like the Noxmaster allow people in polluted areas to protect not only their homes, but their health.