Leading ventilation manufacturer Nuaire, based in Caerphilly, Wales, hopes to prevent thousands of deaths caused by air pollution with what they believe is a revolutionary technology for existing homes.

To coincide with national Clean Air Day on 21st June, the company is launching the Noxmaster whole-house ventilation system for the retrofit market.  The Noxmaster combines a powerful carbon filter with a strategy invented by Nuaire over 45 years ago, Positive Input Ventilation (PIV). This combination removes up to 99.5% of nitrogen dioxide and other harmful pollutants generated by traffic emissions and industrial processes. The Noxmaster delivers clean, filtered air into urban homes, improving the indoor air quality to within safe levels, as recommended by the World Health Organisation (WHO). A recent WHO report cited 44 UK cities have air too toxic to breathe safely.

The Royal College of Physicians estimates that up to 40,000 early deaths each year are the result of air pollution, with long-term exposure linked to lung and heart disease, asthma, stroke and cancer. Reducing exposure to air pollution is now a major government initiative, outlined most recently in the Environment Minister’s Clean Air Strategy. 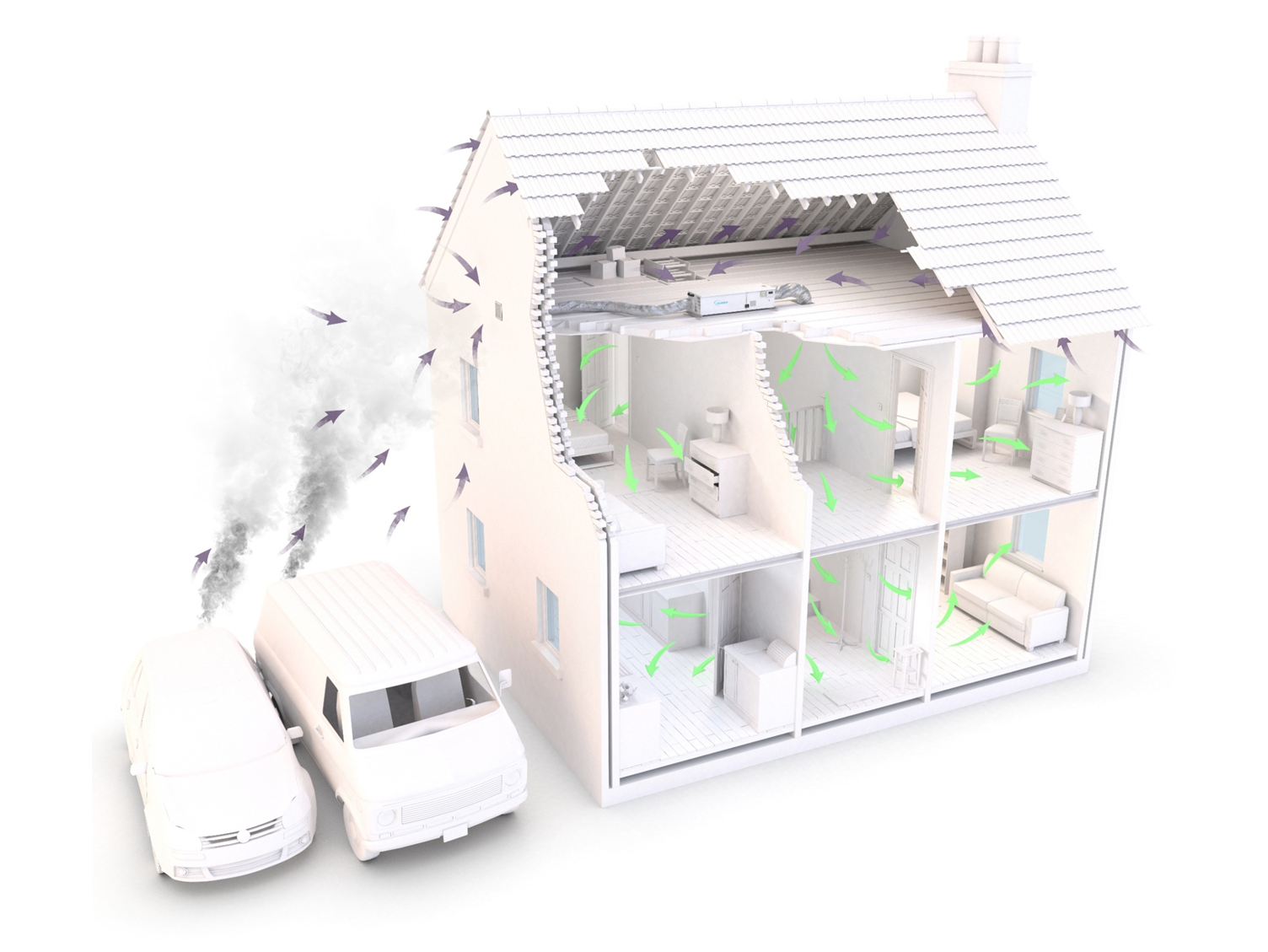 Until now, using carbon filters to scrub airborne pollutants from indoor air has only been used with mechanical ventilation systems which are ducted from each room in a new build property.

Retrofitting these systems into existing dwellings is both difficult and highly intrusive. However, Nuaire’s Noxmaster invention now means that any urban home with a loft can have a carbon filter ventilation system installed. Nuaire Business Ops Director, Andy Mudie, explains the thinking behind this revolutionary product: “With rising air pollution levels, installing carbon filters in urban homes has become a planning condition in many parts of the country. But with an estimated 27 million existing homes in the UK, compared with 170,000 new homes built each year, the disparity is clear. The industry has been waiting for a solution for the millions of existing homes that are blighted by poor air quality, and this exciting new development addresses the issue for the wider population.“Noxmaster is the first time a retrofitable whole-house ventilation system has addressed air quality with carbon filtration. It’s about giving homeowners and tenants living near busy roads the peace of mind that, by installing a system in their loftspace, their long-term health will be safeguarded.”

Noxmaster combines the PIV strategy with a powerful carbon filter that removes up to 99.5 of nitrogen dioxide and up to 75% of particulate matter (PM2.5). Exposure to NOX and PM2.5 reduces life expectancy through a range of diseases including lung cancer, dementia and diabetes.

Nuaire is currently running tests with Noxmaster at Hafodyrynys, Caerphilly - the most polluted street in Wales. A controlled test house has been monitored for a number of months to show the difference between the pollution levels at the roadside, the pollution levels in a typical property, and the greatly reduced NOX levels with the Noxmaster installed. Test results are likely to be available in early August.

With growing concerns over air pollution levels, an increasing number of homeowners are taking steps to monitor and control the quality of their indoor air using consumer products such as air purifiers. Nuaire Product Development Manager, Richard Jenkins, believes this may lead to a false sense of security: “Removing gases and particulates from the indoor air is complex and requires a process that filters the air throughout the property. Air purifiers can only treat the air in one room, and their effectiveness depends on the room’s exact size, its use and proximity to the roadside. In short, you would need a purifier in every room in the home and that would still be far less effective than providing a single source of filtered air through a mechanical system, as the Noxmaster does.”

Adding carbon filtration to PIV has another major benefit in that it keeps condensation levels low. Mr Jenkins explained: “The PIV process used by Noxmaster treats the whole property, ensuring the air is constantly diluted and replaced with fresh, filtered air. Humidity is a major indoor pollutant, which leads to condensation dampness and mould growth. It keeps moisture levels low, whilst also forcing out pollutants generated by household cleaning and beauty products, cooking with fuel and using wood-burning stoves.”

With over 400 staff based in Caerphilly, Nuaire is a large employer for South Wales and an integral part of the community. To raise awareness of the importance of air quality, Nuaire is holding an Air Quality Interactive Workshop with a local primary school, Cwrt Rawlin, on national Clean Air Day. The Workshop, which runs from 10am – 12pm, features engaging and fun presentations and scientific experiments looking at indoor air quality, how to reduce air pollutants in the home including positive input ventilation, and a Cyclone Ball game with teams challenged to remove the most ‘NOX particle’ balls. A factory tour will be included, showing Nuaire’s world class manufacturing facilities.

As part of the event a team of eight Nuaire employees has also plant an Air Quality Garden at Cwrt Rawlin School to encourage school children to think about ways to reduce air pollution.